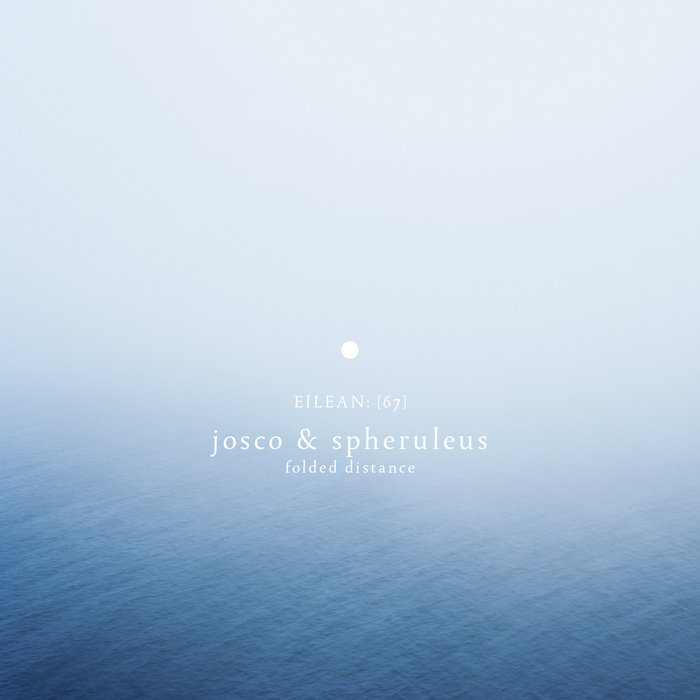 Dotflac Questioning our relationships with the spaces surrounding us, Folded Distance secretly desires to teach us how to restructure them.

We first sail an endless ocean separating our departure from our destination, but quickly, we are granted the access to an upper dimension meant to curve the horizon and let us dance with the perspectives. A game of spatialization found in an expanding music made of white noise waves crashing on reversed shores, and leaving traces of immortality as they retreat. Favorite track: Praterstern.

"The production of this record began in March 2011 and finished in March 2016.
Folded Distance is a record about travel, but it is also about staying where you are and staying where you feel you belong.
One of us moved around a lot and the other stayed relatively still; although we were geographically separated, we could communicate instantly across the incredible land mass between us - the more we set about weaving Josco's drones and the exotic sounds of Asia with the sleepy rustic fields of Lincolnshire and Spheruleus' instruments, the more the concept of 'folding distance' became apparent to us, and the more it became realised by us.

We settled on a mutual appreciation of maps and had the idea that folding the pages of a map or atlas would bring the two points of the two locations closer.
We were dealing with enormous distances, that 200 years ago would have felt impenetrably foreign and unreachable.
Through technology and discussion, we were able to bring the sounds and the atmospheres of these two places and our own roles within these places together.
Field recordings and track titles are taken from Thailand, Turkey, Austria, UK, Ireland and Morocco.

Over the five year recording period, both of us grew and changed.
The record is about that five year period, ourselves, the changes we went through, the places we were and how they were at that time and our communication and vision for the album during this time."


Josco is a writer, photographer and sound designer from the Republic of Ireland. He is currently based in China.

Spheruleus is Harry Towell, a sound artist from Lincolnshire, UK who has released music with labels such as Hibernate, Home Normal, Under The Spire and Time Released Sound as well as collaborating with the likes of Pleq and Ekca Liena. Harry has a long standing netlabel called Audio Gourmet but also runs physical edition labels Tessellate Recordings and most recently, a special collector's imprint called Whitelabrecs.

They present their first collaboration release.


"Special thanks to Per Salkowitsch"