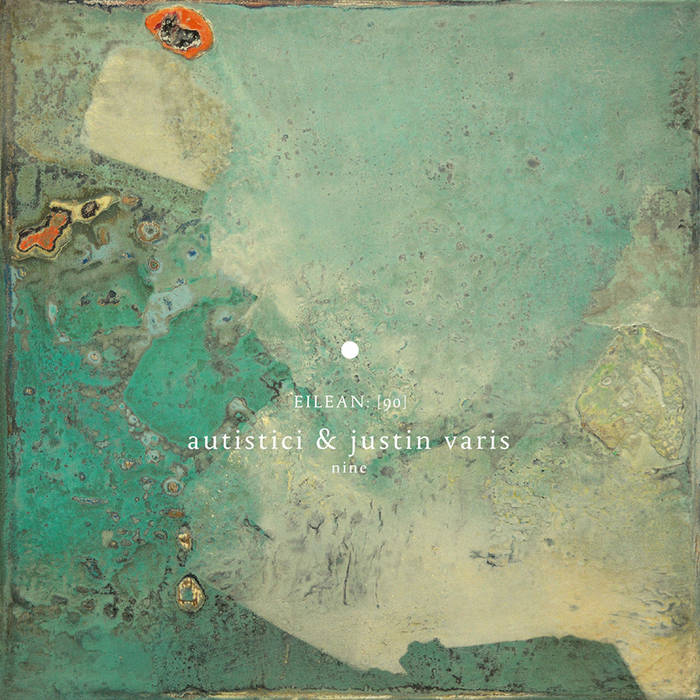 Julius Terrell This album takes my mind up into the deepest reaches of space where light,gravity, and time play with each other. It's uniqueness just made me have to have it. A great addition to my Itunes library. Favorite track: Orange Red Grey (Offthesky - Remix).

Dotflac Pointillist canvas in perpetual motion, Nine is the sound of precious memories from an unfading past.

A painting in nine colours, but an infinity of ever-changing shades, of a comforting landscape from our youth, where the house of our grand-parents grows in the picture until we eventually enter it, with all the familiar sounds it always held. A technicolored nectar of ingenuousness, wonderment and bright happiness to escape grey junctures, revisited in a splendiferous remix album. Favorite track: Violet Green.

Lee Koontz The texture in this track is amazing. Favorite track: Amber (Sleep Test For Erik).

Autistici is David Newman a sound artist based in Sheffield, UK and Justin Varis is a sound artist based in Los Angeles, USA. Both have released music on various labels worldwide, including David’s Audiobulb Records imprint , and some established labels such as 12K, Home Normal, Hibernate or Dronarivm. Their sound is often described as electronic, electro-acoustic, microsound, ambient, musique concrete or experimental.

They present on eilean rec. their first collaborative release, a dense and abstract opus which can be experienced in a lot of ways, feelings and melodies. a wonderful work, which is completed by a second release, some remixes from eight music artists close to their universe, including : Christopher Hipgrave, Isnaj Dui, Letters! On Sounds, Marcus Fischer, Monty Adkins, Offthesky, Pillowdiver, Wil Bolton.

16 tracks, nine colours, countless possibilities
All music written by Autistici & Justin Varis
All remixes by people whose artistry we adore