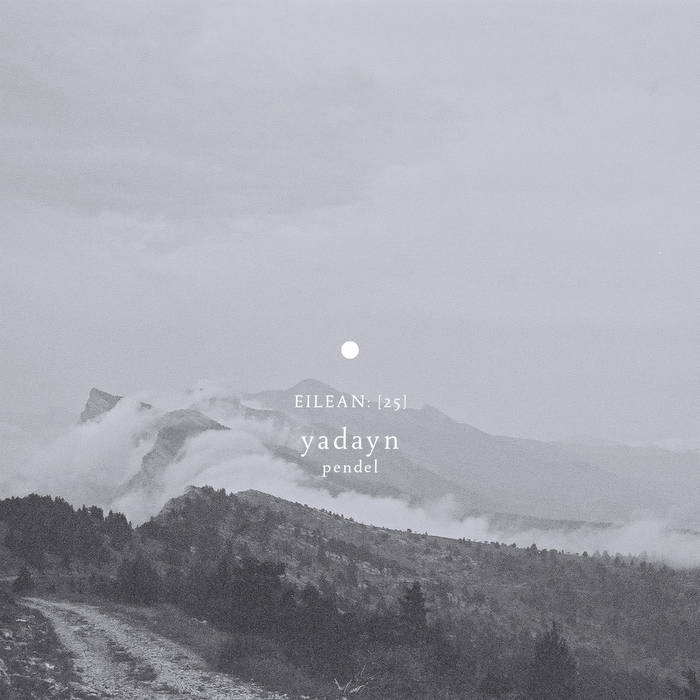 Pendel is the result of chaos, of trying out different recording, producing and composing methods, and of then sculpting sense from the recorded material. Unlike yadayn’s debut Vloed, which was a carefully planned monolyth of sound, a flooding of notes working towards the catharsis of its title track, Pendel is a comparatively eclectic collection of tracks, unified in their originating from the same artistic vision but diversified in their differing circumstances. Some tracks (“Spiegel”, “Pendel”, “Uit”) were composed specifically for the album, some are older compositions (“Raam”, “Veld”, Rust”, “Kerk”), while all of the shorter segues are based on samples taken from old yadayn (demo) recordings, twisted and flexed into new contexts. The eclectic methods blend the composed approach of previous yadayn work and the sampled, electronic approach of his casual work with Gluem. “Pendel” is Dutch for “pendulum” and symbolizes the mood swings found throughout the album and throughout its recording period.

yadayn (Arabic for “two hands”) is a solo project by Belgian-based multi-instrumentalist Gowaart (Zura Zaj, Gluem). His debut album Vloed, focused primarily on Gowaart’s guitar playing was released in 2014 by Navalorama Records. Pendel is his second album and broadens the sonic palette of yadayn significantly.