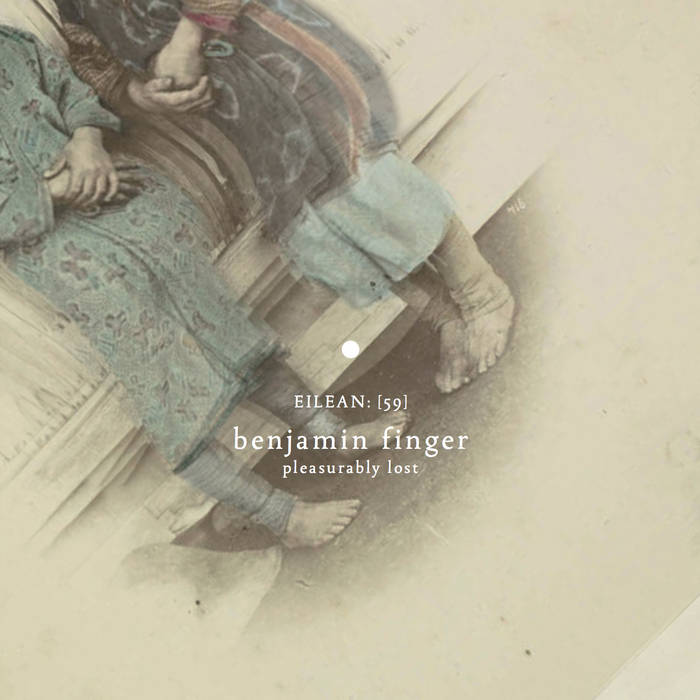 Benjamin Finger is a composer, electronic music producer, DJ, photographer and film-maker based in Oslo, Norway. Since his 2009 debut solo album “Woods of Broccoli”, he has produced a prolific output of films and music with a healthy disregard for genres.
His works have been released on How is Annie Records, Time Released Sounds, Digitalis & Watery Starve Press.
Eilean Rec. presents his fifth full length album.


« Pleasurably Lost is the culmination of Benjamin´s previous records. It´s an eclectic mix of organic instrumentation, ambience and field recordings. Almost all of the songs on this album are based around the piano or the guitar creating lush textures and subtle harmonies.
Songs start out tender and fragile, all build up like a patchwork of the organic and the electric, weaving a soft and warm canvas of sound. It´s multilayered to say the least, and as far as headphone records go this album is downright luxurious. The album is dedicated and inspired by the book "Ferdydurke" written by the polish author Witold Gombrowicz in 1937. There was something otherworldly and epic about the book that inspired and continues to inspire Benjamin ».

Music written and composed by Frank Benjamin Finger.
Recorded in Norway, Oslo between 2011-2014.

Field recordings recorded and collected from different countries.
Vocals, sounds and all instruments by Benjamin Finger. Except :
Inga Lill Farstad sings on track 1, 3, 7 and 10.
Are Watle played additional guitar on track 11.
Elling Finnanger Snøfugl played cello on track 4 and 11.