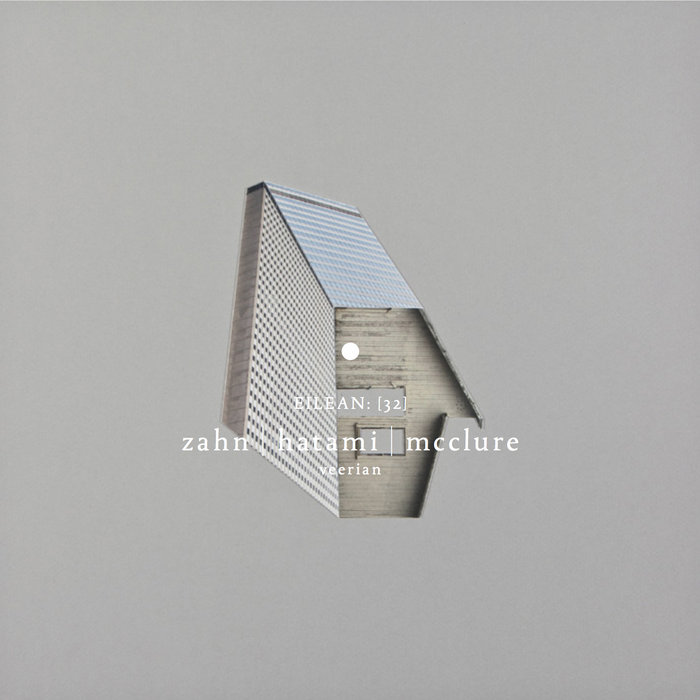 Gabriel You haven't experienced stereo until you heard this album!

“Veerian” is the result of a collaborative project involving Uwe Zahn (aka Arovane), Porya Hatami and Darren McClure. Started in the summer of 2015, the 3 artists created a shared pool of audio ideas, exchanging sounds from their studios in Germany, Iran and Japan.

Tracks slowly evolved from these initial sessions, sounds being added and subtracted, then further processed and arranged into pieces that incorporated each artist’s individual style. Melodic piano parts rise above swirling layers of granular textures and processed field recordings to create widescreen ambience. The project put an emphasis on abstract sound design merged with more emotive, tonal elements to conjure an album that reflected three sonic viewpoints as a whole.

Darren McClure is a sound artist living in Matsumoto, Japan. His work focuses on texture, space and atmosphere. Sound sources are both analogue and digital, hardware and software, incorporating found sounds and field recordings to lend an organic, tactile quality to the pieces. His main intent is to create sound to both zone out to and zone into, a balance of widescreen drones and more minimal, abstract ambience. He has released solo and collaborative work on a number of labels, across various formats. His music has also been used in conjunction with video work and documentary shorts.

Porya Hatami (b.1981) is an experimental sound artist based in Sanandaj, Iran. Working in the field of ambient/minimal, his compositions explore the balance between electronics and environmental sounds, utilizing processed acoustic and electronic sources and field recordings. He has released solo and collaborative work on a number of labels, across various formats.

Uwe Zahn (1965) is a german music artist renowned under his solo project : Arovane. He first began experimenting with rudimentary audio equipment and keyboards when he was 15. Over the years he continued experimenting and developing his sound.
The late 90s saw his first 2 EPs Atol Scrap for Din and Tides for CCO which gained him a degree of notoriety and acclaim mainly in Germany and then throughout the world in the IDM, ambient, and electronic music scene. There were also a number of compilation appearances and collaborations released during this time. Since the productive early Arovane years of 1999 and 2000 there have been a collaboration with Phonem and one additional album release, Lilies, in 2004. It was significant that the last track on that album is called "Good Bye Forever" – as there was a nine year hiatus, which ended in 2013 with the release of Ve Palor on the n5MD label.