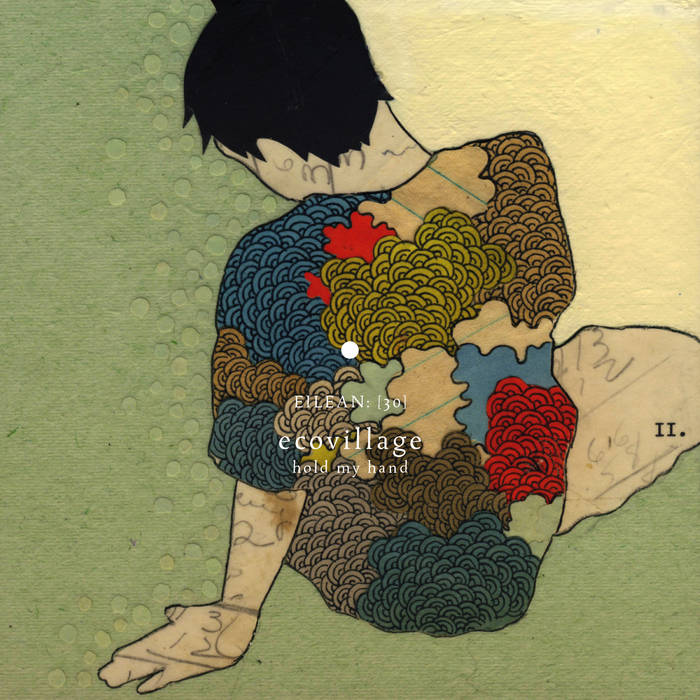 C://FNFN subtle reverie yet made of distinct musical parts, soft but not vague, quite a beautiful trip Favorite track: Heaven In Your Eyes.

Ambientologist Though serene and quaintly loving in its delivery, 'Hold My Hand' reads like a pocketbook of miniature instances of awe and reverence. As if the sublime nature of a forest had been shrunk down to be carried in one's pocket, offering its own small respite from the mundane.

Perhaps most enthralling is the way in which each piece seems to breathe. The in and out of tones, and the space between them.

Emil Holmstrom and Peter Wikstrom have been working on different music projects together since 2001, but in 2006 after a 3 months journey around south asia they found some otherworldly inspiration to create The Ecovillage project.
Ecovillage have released albums on Darla Records, Quince Records, Parallax Sounds, Constellation Tatsu and Nature Bliss.

"Even though the album "Hold My Hand" is Ecovillage sixth album we feel in some sense its our first.
With a more letting go and less is more attitude a new sound has arrived. To rather remove than add.
We feel to have finally found our specific rolls in the band after a lot of trial and error. A more minimal and mature sound is definitively heard throughout the album. The result and quality of the music is on another level compared to other Ecovillage albums.
The album was recorded between autumn 2018 and early spring 2019."

"Special thanks to Ludvig Cimbrelius, Mathias Van Ecloo, Luis Miehlich, David Feldman, Antonio Barbosa and Christian Grothe for showing us love and helping us to create this album."

"Thanks to all our families and to Anna, Katarina, Lea and Felicia for all support and trust."