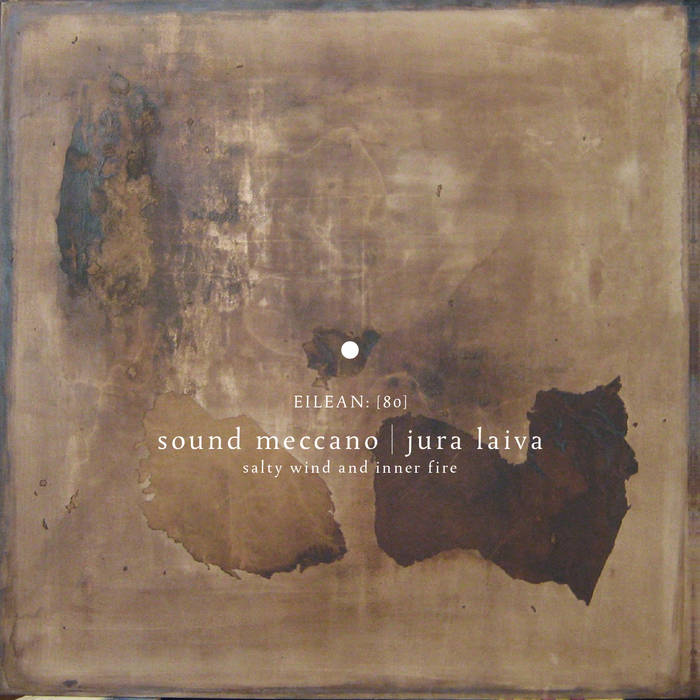 . t h e . w i r e d . m e . Listen to the drone in this world.
Listen to the days creating melodies.
Sounds are flying through the fields in the wind. Rural ease will embrace you.
Listen to the voice of your girlfriend.
Listen to the children.
Rain.. birds.. storm.. footsteps..
In daze & harmony, in solitude & vitality.
This is how life sounds. Who am I?
This is where I find the person in me. Favorite track: Part V.

Sound Meccano is an alias of Rostislav Rekuta, a seasoned sound designer and field recordist from Riga, Latvia, who's been making electronic, electroacoustic and ambient music since 1999, most often - in collaborations with various local musicians. While this name might not yet ring a loud bell worldwide and the number of records released till now has been sparse, it was definitely not because of lack of quality or work put into the music. In fact, it's the opposite, and hopefully the recent string of releases might change that. Continuing the collaboration with the fellow ambient guitarist Jura Laiva (whose alias is a pun on his first name and words in Latvian, and which loosely translates as Sea Boat), first documented on 2 recent EPs on Crónica and Flaming Pines, Sound Meccano presents the first full-length album of this configuration.

Like the previous full-length release in collaboration with long-time musical partner Evgeniy Droomoff (Walking Through, 2014), the new album is best perceived as an audio journey, a road-movie for the ears. However, the environment walked through is now different, and the moods have changed. Gone are pulsing arpeggios and synthetic textures, rural and sometimes even industrious soundscapes, and mildly psychedelic encounters with river nymphs or windmill ghosts. Instead, harmonic guitar drones and drawling organ chords lay the vast bed of clouds; elegiac motifs of e-bowed guitar and cello pave long and winding roads through the endless fog; and Sound Meccano's trademark multidimensional space of field recordings is more dense and cinematic than ever, painting an austere picture of silent seasons, grey sea and cold showers. Still, the overall mood of the record is far from somber, as if to prove that the inner fire that never goes out is warm enough to protect us from salty winds, no matter how endless the winter might seem. It just takes patience, imagination, and attention to distinguish more shades of life illuminated by its light - just like more layers of this recording are revealed with repeated listens. (www.soundmeccano.com)